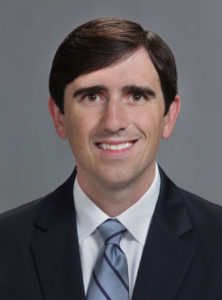 Are you an athlete who participates in contact sports? If so, you may be at risk of an FCL knee injury. The FCL helps stabilize the knee during side to side motion and can be injured from a tackle, fall or awkward landing. FCL reconstruction surgeon, Dr. Robert Boykin provides diagnosis and both surgical and nonsurgical treatment options for patients in Asheville who need FCL reconstruction. Contact Dr. Boykin’s team today!

There are four major ligaments that stabilize the knee. Two of these are referred to as collateral ligaments: the fibular collateral ligament (FCL) and the medial collateral ligament (MCL). These two ligaments help control side to side motion of the knee joint. The FCL is also referred to as the LCL (lateral collateral ligament) because of its location on the outside of the knee.  This particular structure can become damaged or torn with a trauma that causes an abrupt side to side or twisting movement of the knee. The FCL is part of a group of structures known as the posterolateral corner (PLC). When an injury occurs to the structures on the outside of the knee it may involve only the FCL or more than one component of the PLC. Due to the type of trauma required to injure the FCL, there can be more damage to the knee including other ligament tears, cartilage injuries, or meniscal tears.  In cases of an FCL tear, the treatment depends on the extent of injury. In partial tears or isolated tears not associated with instability, non-operative treatment is preferred. Instability is assessed by history, physical exam, and stress X-rays. If there is a full (complete) tear of the FCL with instability then operative treatment is recommended. Knee specialist Dr. Robert Boykin specializes in the treatment of  FCL tears for patients in treating patients in Asheville, Arden, Fletcher and surrounding communities.

Are you a candidate for an FCL reconstruction?

Contact us today to learn if you are a candidate.

(Please keep reading below for more information on this procedure.)

When to Have an FCL Reconstruction?

In most cases requiring surgery for an FCL tear, the treatment is a FCL reconstruction. In cases where other ligaments or structures are torn, including a tear of structures of the PLC, these are reconstructed as well. Depending on the extent of the injuries and patent preference, the graft used for the reconstruction is either from the patient (hamstrings) or is a donated graft. During surgery the knee is first examined under anesthesia to assess all ligaments of the knee and the degree of instability. Next the structures of the knee are examined arthroscopically using a camera and small instruments to address any problems within the knee. An incision is then made over the outside of the knee to identify the torn FCL. The graft that is made to be of similar size to the original FCL is then placed in the proper location and secured by special screws. In the majority of cases, Dr. Boykin will be able to reconstruct the FCL and repair or reconstruct all associated injuries during the same surgery.

Following FCL reconstruction surgery, patients will be prescribed a strict rehabilitation program. It is important to adhere to the therapy program in order to obtain the most optimal result from the procedure.  Physical therapy will most likely begin immediately; however, knee range of motion will be limited for two weeks following surgery.  Crutches will be used with restricted weight bearing for a total of 6 weeks.  Strengthening begins at eight weeks, and patients typically return to jogging at 4 months. When the knee has healed sufficiently, additional strengthening exercises will help the knee function better and make it stronger.